We helped a family of 4 downsize to 183 square feet.

It is rare for Minnesota homes to be featured on HGTV.  It’s even rarer when that home is a Tiny House custom project that needs to accommodate a family of four in only 183 square feet.  Josh takes on this nearly impossible task when longtime friend, Zac Hogan, from Becker, Minnesota, approaches him for help.

What began as a dream became a reality after many conversations, collaborations, and sketches between Josh and Zac. While the house is tiny in scale, the creative, space saving, and architectural features are huge.

When the project began, Zac’s wife, Caitlin, contacted HGTV to see if there was any interest in a tiny house built for four.  HGTV was interested and began filming in September 2015. What was originally a two-year project became a nine-month project to meet HGTV’s deadline. The timetable for completion was again reduced to only eight weeks when a career move required Zac to transplant his family from Minnesota to Nevada.

Josh stepped up to the plate and hit a homerun with a number of unique and innovative ideas, including a patented staircase that converts to a pantry, collapsible bunk beds, and a space-saving dining area. Many features also incorporate unique safety designs for the Hogan’s twotoddlers.

Watch as the project unfolds and reveals other neat features, but will it be complete before the Hogans need to take their home to Nevada?  Save the date and join us as we reveal the Hogan’s haven.

Jerry and Josh are top notch! They worked with us every step of the way to ensure our bathroom remodeling job turned out exactly as we expected...

I had a bit of a mess on my hands due to a freeze and resulting water damage. Jerry and Josh came in and saved the day. They listened to my ...

These two were wonderful. Came in, did the project, installed, finished, sanded, painted, and cleaned up as though they were never there. I ...

JB Home Improvers is a leading home remodeler in Central Minnesota. Serving the North Minneapolis suburbs through Saint Cloud, Jerry and Josh bring decades of experience and quality results. Their work has been featured on HGTV.

OUR WORK
Dream & Build With Us 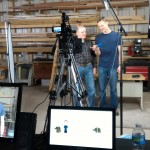 Making a Reality show. For Real.News 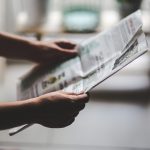